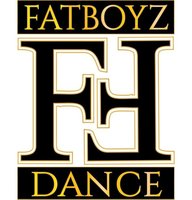 THE ULTIMATE LUXURY IN

FatBoyZ Dance Company is the Ultimate Luxury Dance Entertainment Company we perform for Royalty, Celebrities, Actors, High End Clients and Captains of Industry.  We have graced the most prestigious high end events from red carpet premieres to diamond product launches to performing all over the world in sold out Arena's.  We have been specially selected to perform at official International Sporting Events all over the world.  FatBoyZ Dance Company was formally invited to perform exclusively at the top of the Worlds tallest tower 'THE BURJ KHALIFA' in Dubai.

FatBoyZ Dance Company are proud to be the number one preferred choice for Luxury Dance Entertainment at leading Award Ceremonies all over the world.

We specialise in Luxury Street Dance and Bollywood Dance we have something to suit all clientele and bespoke requests.  FatBoyZ Dance Company was formed in 2008 by entrepreneurs, World Street Dance champions and Award Winning Choreographers Liam Dawett and Shivani Dawett.

World Street Dance Champions Liam Dawett and Shivani Dawett started FatBoyZ Dance Company in 2008 and created a mega crew called FatBoyZ Crew, after the guidance and superb choreography by Liam and Shivani they picked up one of many 1st place trophies after only 4 months.  The very popular FatBoyZ quickly gained an excellent reputation of quality and with that followed a massive fan base worldwide and today are the leading Street Dance  and Bollywood Dance Company.

FatBoyZ Crew are proud to boast winning the prestigious title of UK Street Dance Champions and had the pleasure of representing the United Kingdom in the European Championships in Paris.

In March 2013, it was Liam's aspirations to have his own production dance show and to take the show on tour worldwide, he successfully put his plans into action and created his very own sensational dance show at the world’s best venue O2 in London called 'Living The Dream' in which his dance company FatBoyZ took the leading role and centre stage with high energy and breath taking performances leaving the audience wanting more.

FatBoyZ Dance Company was the first ever dance company in the world to be formally invited to dance at the top of the worlds tallest tower 'The Burj Khalifa' in Dubai.  Liam has met important and influencial dignitaries all over the world improving his portfolio and networks, FatBoyZ Luxury Dance Entertainment has performed for Her Royal Highness the Princess of Jordan, celebrities including Elizabeth Hurley, Prime Ministers family, Sporting legend Olympic Gold Winner Dame Kelly Holmes, International pop stars including Will Young, John Newman and Arif Aslam.

This is only the beginning for FatBoyZ Dance Company...